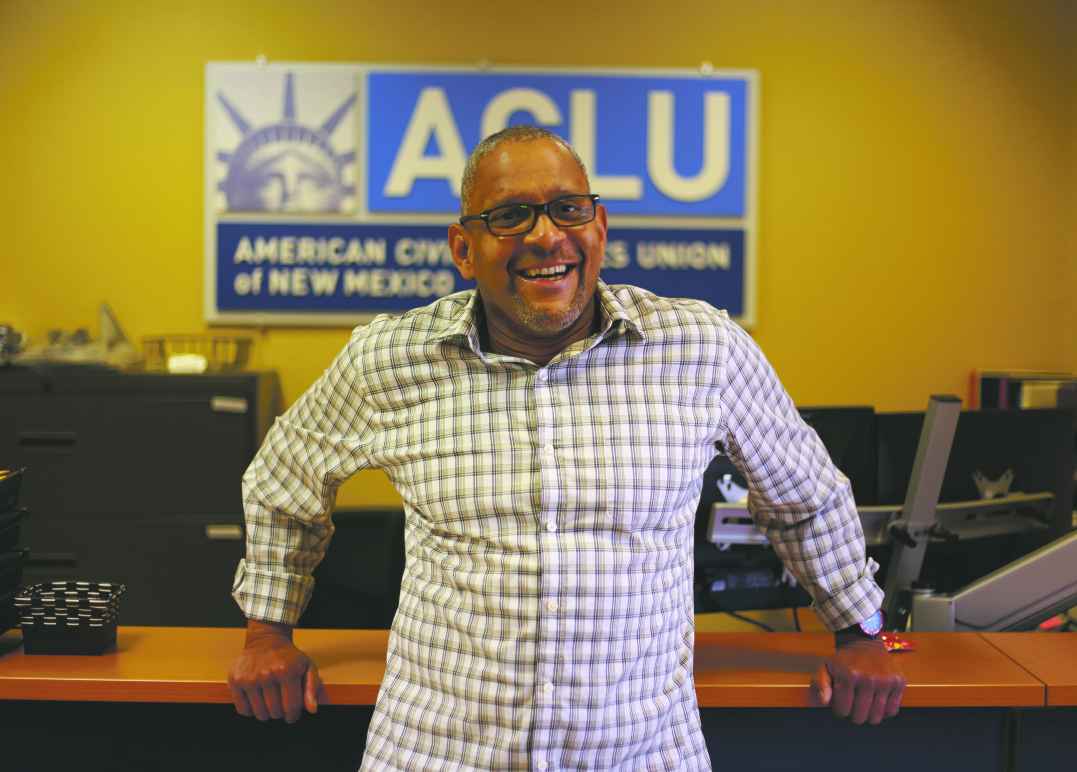 Barron joined the ACLU of New Mexico in January 2018 after spending several years working as a journalist for the Rio Grande Sun in Española where he covered stories related to government accountability and education. He also has extensive experience writing about issues of domestic violence, poverty, and addiction, especially as they relate to the pressing need for criminal justice reform.

He earned a degree in journalism from the University of New Mexico and has worked for several news outlets in Central and Northern New Mexico. Barron entered school as a nontraditional student and credits his education for helping him to address the issues that led him to be negatively impacted by the state’s criminal justice system.

He believes his work on justice reform will have a powerful impact on his community. Barron grew up in Detroit, but has lived in New Mexico for over 20 years. He is the proud papa of two rescue dogs, Holmes and MeToo.