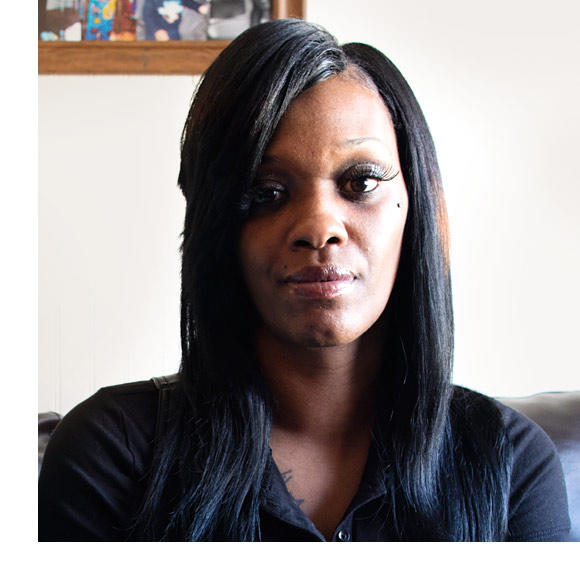 Tamesha Means was 18 weeks pregnant with her third child when her water broke. She rushedto the nearest hospital, which is operated by Mercy Health Partners in Muskegon, Michigan. The pregnancy was not viable. Ending the pregnancy would have been the safest course of action, but the hospital’s religious policies forbade it—so they gave Tamesha two Tylenol and sent her home without telling her that there was virtually no way she could give birth to a healthy baby. When Tamesha returned the next morning, she was bleeding, in severe pain, and showing signs of an infection; again, she was turned away. Even after she returned a third time, in excruciating pain, the hospital staff began filling out the discharge paperwork. It was only when Tamesha began to deliver that the hospital provided care. The baby died within hours.

Tamesha is not alone. Today, the ACLU, in partnership with Merger Watch, released a report called Health Care Denied, which documents numerous instances throughout the country in which Catholic hospitals put women’s health at risk by denying them reproductive health care. One in six hospital beds in the United States is in a facility that complies with Catholic directives that prohibit a range of reproductive health care services, even when a woman’s life or health is in jeopardy. In some states, more than 40 percent of all hospital beds are in a Catholic-run facility.

The consequences are alarming. Despite receiving billions in taxpayer dollars, these hospitals are prohibited from providing basic health care services like contraception, sterilization, many infertility treatments, and abortion, even when a woman’s life or health is put at risk by the continued pregnancy. Transgender and gender-non-conforming patients suffer the same and other, similar harms when seeking reproductive healthcare. Many patients do not even learn about these prohibitions until they find themselves in the midst of a health crisis. For millions of Americans, going to a hospital that is not governed by Catholic directives isn’t even an option. In many communities, there simply are no other alternatives. 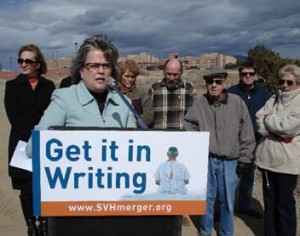 The ACLU of New Mexico has long been a vocal advocate against Catholic and Catholic-affiliated hospitals putting the health and safety of patients at risk with their religious directives. In 2008, the ACLU of New Mexico, in partnership with other concerned community organizations, launched the “Get It in Writing” campaign when it was announced that St. Vincent Hospital in Santa Fe would partner with CHRISTUS Heath, a Dallas-based Catholic health corporation. Our campaign demanded that St. Vincent declare up front and in writing how it would protect family planning services and end-of-life choices for patients in the merger. Tellingly, CHRISTUS-St. Vincent ultimately refused to offer the community written assurances that they would not put their religious beliefs over the health or wishes of their patients.

Many communities in New Mexico are currently reliant on Catholic and other religiously-affiliated hospitals for their health care. We remain vigilant in our efforts to ensure that when it comes to the provision of health care in hospitals, medical standards and patient needs – not religion – are the guide.  We cannot permit hospitals to use their religious identity to discriminate against, and harm, patients. If this has happened to you we want to hear about it. Were you or a loved one turned away and denied necessary healthcare by a Catholic or religiously-affiliated hospital in New Mexico? You can report it to the ACLU of New Mexico through our online legal complaint form on our website.

Erin Armstrong is a reproductive rights attorney for the ACLU of New Mexico.

How to Navigate Mental Health Apps That May Share Your Data

With Roe Overturned, What Comes Next for Abortion Rights?

Six Ways You Can Join the Fight for Abortion Rights

To See the Future of Roe, Look to the States