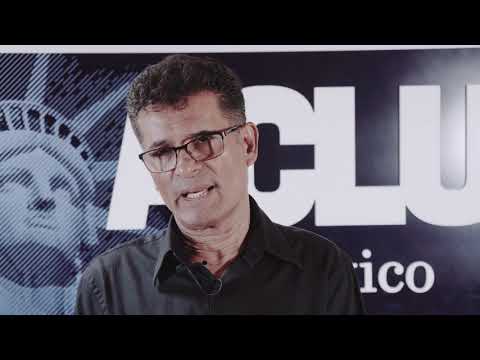 It was a parent’s worst nightmare.

On June 19th, Muhammad “Nadeem” Khan, 60, had buried his son and best friend Tehseen in the cemetary at Fairview Memorial Park in Albuquerque. A few days earlier, Tehseen, after many years of battling severe depression, finally succumbed to his illness, ending his own life at the age of 24.

“Tehseen was my best friend and an incredible person,” said Nadeemn “He cared deeply about other people and always stood up for what he believed was right. Not a day goes by that I don’t miss him dearly.”Nadeem’s world was shattered. Tehseen was his only family in New Mexico, and now he was left alone, consumed by grief and grappling with the trauma of losing his son to suicide. 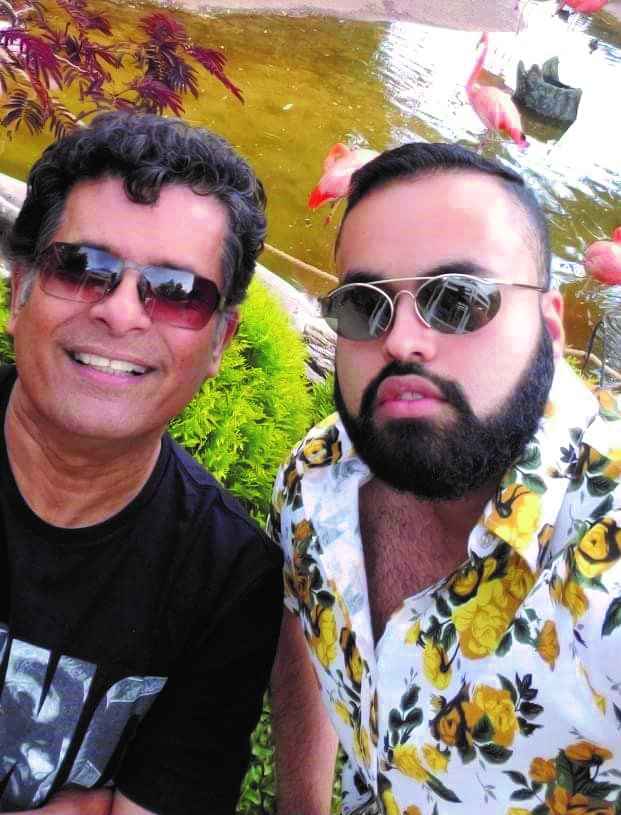 Nadeem, a Pakistani Muslim who immigrated to the United States in 1985 and moved to New Mexico in 2014 with his son, turned to his faith for solace in his time of mourning. In accordance with his family’s religious traditions, he began returning to Tehseen’s gravesite each day after the burial to recite traditional prayers from the Qur’an using videos on his smartphone for reference. It was on the fifth day of this 40 day ritual that Nadeem’s nightmare deepened.

As he was in the midst of reciting his prayers, a young security guard from Mesa Detection Agency interrupted Nadeem and rudely informed him that the cemetery was closing and he would have to leave. Nadeem was perplexed; the sign in front of the cemetery advertised closing time at dusk and the summer sun was still high in the sky that evening.

“I explained to the guard that I was praying for my recently deceased son, and since dusk was still a while off, I asked for at least a few more minutes to finish my prayers,” recalls Nadeem.

The guard became angry at this request and told Nadeem, “It closes when I say it closes, it’s not my job to wait on you.” He again ordered him to leave and threatened to lock him in overnight, inflecting his demands in a mocking imitation of Nadeem’s Pakistani accent.

Upset, but wishing to avoid further trouble or disrespect to his son’s gravesite, Nadeem left his prayers unfinished and exited the cemetery.

I explained to the guard that I was praying for my recently deceased son, and since dusk was still a while off, I asked for at least a few more minutes to finish my prayers

Determined to complete the full 40 days of ritual prayer at his son’s resting place, Nadeem contacted the administration of Fairview Memorial Park the next morning, who confirmed that the cemetery is open until 8:30 in the evening. He returned to the gravesite even earlier than the previous evening, hoping to avoid further trouble.

The guard rolled up only ten minutes into Nadeem’s prayers, again demanding that he leave. This time Nadeem refused, informing him that he had spoken with cemetery administration and would not be expelled before closing again. When Nadeem requested the guard’s name, the guard— later identified as 20-year-old Noah Tucker—became aggressive and threatening. Only inches from Nadeem’s face, he screamed obscenities at him, telling him to “go back to wherever the fuck you came from” and, pointing to the Quraninc prayers, yelling “we don’t do that shit here!”

Ignoring Nadeem’s pleas to have a heart, Tucker spat tobacco juice on Nadeem’s shoes and car and proceeded to stomp his feet on the freshly dug grave of his son. Having desecrated the burial site and humiliated a grieving father, Tucker got into his security vehicle and drove off. 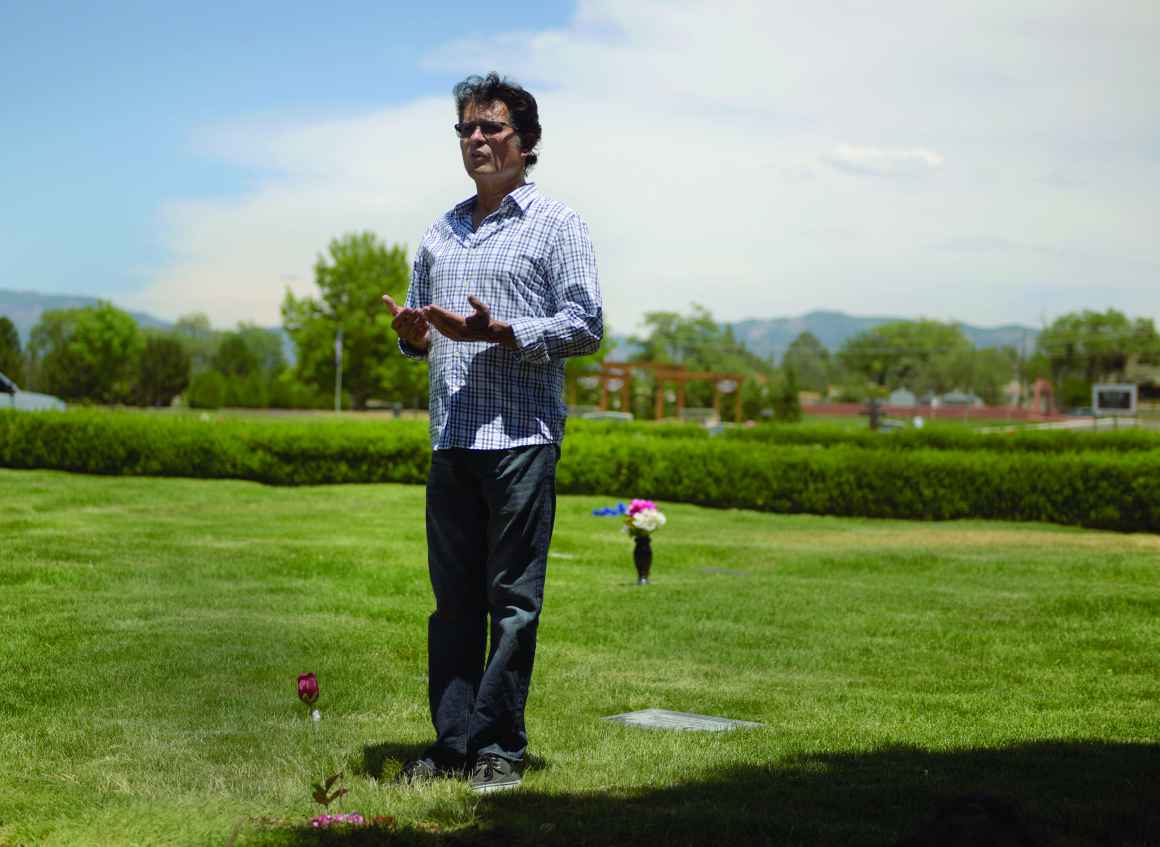 “I was in shock,” said Nadeem. “I felt afraid and very sad. I was already mourning my son. It was like a nightmare, and I was hoping I would just wake up from it.”

But the nightmare wasn’t over. After Nadeem finished his prayers for his son and prepared to leave the cemetery, he found the exit blocked by Tucker’s security vehicle. He opened the door to take stock of the situation, when suddenly Tucker rushed him, slamming his door shut, narrowly missing Nadeem’s leg as he quickly pulled it back into the car. Tucker shoved his head inside the car window and began barking in Nadeem’s face, and threatened to “hurt him so bad he’d remember it for the rest of his life.”

“At that point, I was afraid for my life,” said Nadeem. “It didn’t seem like it would ever end.”

Tucker kept Nadeem trapped in his car inside the cemetery for approximately forty minutes, continuously berating him with increasingly degrading threats and racist abuse. Nadeem was only able to escape when another security guard arrived on the scene and ordered Tucker to unblock the exit. Shaken and humiliated, Nadeem left and filed a police report and informed the cemetery administration of Tucker’s behavior.

Word of the incident spread quickly, and a few days later a columnist from the Albuquerque Journal interviewed Nadeem about his experiences at the cemetery, where he mentioned his plans to file a complaint with the ACLU.

"At that point, I was afraid for my life. It didn’t seem like it would ever end."

“We didn’t wait for him to call, we immediately reached out to Mr. Khan,” said ACLU of New Mexico Senior Staff Attorney María Martínez Sánchez. “It should go without saying that people have a right to mourn the loss of their loved ones in public cemeteries without fear that they will be endangered because of the color of their skin, their religion, or the language in which they pray. We refuse to tolerate this kind of unjust and inhumane treatment of people in our community.”

On September 18, the ACLU of New Mexico, along with cooperating attorneys Maureen Sanders and Duff Westbrook of Sanders & Westbrook, filed a complaint on behalf of Mr. Khan with the New Mexico Human Rights Bureau, alleging illegal discrimination based on race, religion, and national origin. In early December, we followed the complaint with a lawsuit against Mesa Detection Agency and Tucker.

Tragically, these kinds of horrific incidents have become more common in recent years. In November, the FBI reported that hate crime violence had hit a 16-year high, with a sharp increase during the Trump administration. It isn’t difficult to draw the conclusion that the current administration, whose policies and pronouncements are saturated with hateful and bigoted rhetoric against immigrants, Muslims, and people of color, is a major driver of the spike in violence against people like Nadeem Khan.

“Maybe it wouldn’t have been so bad if I hadn’t just lost my son,” said Nadeem. “But going through that experience with racism, with someone humiliating me by spitting on me and my car, made me feel like nothing. I want this to stop. That’s the only reason I came forward to let people know my story, so they can speak up if something happened to them.”

"I want this to stop. That’s the only reason I came forward to let people know my story, so they can speak up if something happened to them."

Despite the alarming rise in harassment and assaults on immigrants, people of color, and religious minorities during the Trump administration, the vast majority of New Mexicans reject the hate and bigotry propagated by the president and his followers. The real values of our community were in full display in the outpouring of support Nadeem received after the Albuquerque Journal reported the incident. Saddened and outraged, dozens of strangers have reached out over social media offering to accompany Nadeem to the cemetery to ensure that he is able to pray over his son’s grave in peace.

“I am overwhelmed at the support and love that you people are providing me at this difficult time in my life,” Nadeem told the Journal. “I found out that there are more good people than evil, that there are more people who love than hate. I have not given up on this world.”

Our client was thrown in jail for four days for asserting his first...

Defunding the Police Will Actually Make Us Safer

Reimagining the Role of Police