Tomorrow, the House Voters & Elections Committee will hear House Bill 103, introduced by Representative Cathrynn Brown. If this name sounds familiar to you, it’s probably because Cathrynn Brown recently gained political infamy for a misguided attempt to criminalize abortion after rape as “tampering with evidence.” Her newest piece of legislation, HB103, is a voter ID bill that “requires all voters to present identification before voting.” While this m   ay seem innocuous at first glance, mandatory Voter ID laws cause real harm to our democracy. As Representative Ken Martinez said in the Alamogordo Daily News, ID requirements disproportionately affect certain demographics. He says that seniors and low-income citizens are the least likely to have identification. They may also be unable to obtain ID’s because they often lack proper transportation. By adding this requirement, we would potentially deny a large segment of the population their right to vote.

Let’s not forget that the City of Albuquerque has already implemented mandatory voter ID for municipal elections. In 2007, the ACLU successfully challenged this ordinance in federal court, but the ruling was short lived. The New Mexico Court of Appeals court reinstated the original decision in 2008. This was bad news for some citizens, like as Katy Sheridan. Ms. Sheridan is an Albuquerque senior citizen who does not own a vehicle. In October of 2011, she walked to the polls through the rain, only to discover her voter registration card wasn’t considered acceptable identification because it didn’t have a picture. She was unable to vote that day, and she had to walk back home without accomplishing anything. Voter ID requirements hurt American citizens like Ms. Sheridan who only want to exercise their civic duty. Our representatives should be doing everything possible to make the voting process easier, not more difficult.

Mandatory voter I.D. laws are ostensibly designed to eliminate voter fraud, but despite all the scare tactics, there is no evidence that New Mexico has a significant voter fraud problem. Our citizens are responsible and respectful in exercising their democratic right. The real fraud is perpetrated by politicians who attempt to rig the system for their own personal gain by making it harder for certain groups of legitimate voters to cast their ballots. Mandatory voter ID laws essentially give legislatures the power to make it harder for citizens to exercise their constitutionally guaranteed right to vote. By rigging the system this way, entire segments of the population don’t have a voice in our government. We have to wonder why some legislators are pushing so hard for these wrongheaded barriers at the polls. It can only be because it works to their advantage and against the interests of our democracy.
Wathc Katy Sheridan's story here: 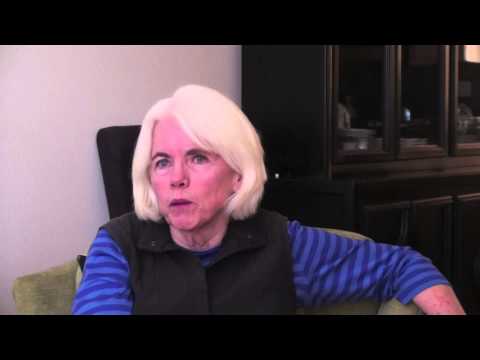