“She’s being an obstructionist.”

That’s what Judge Daniel Ramcyk said of Selene Alverio, a deaf mother of two, after she told him he was violating her rights by denying her an American Sign Language (ASL) interpreter during a civil dispute hearing with her landlord last November.

Selene’s stomach turned. The courtroom blurred. She stood there in shock.

Two weeks prior she’d visited the Bernalillo County Metropolitan Court and requested an interpreter, but court staff claimed her request was too late even though she made it well before the 48 hour advance notice deadline. Just a few minutes earlier, when the judge notified her that he would proceed without an interpreter, Selene begged him to understand that although she had cochlear implants—electronic devices that help her to process sound—she would struggle to follow along.

“Sir, your honor, I respect your decisions. (But) Just because I can hear you and understand you does not mean I am able to get every single word out of you clearly,” Selene urged.

"Just because I can hear you and understand you does not mean I am able to get every single word out of you clearly."

Judge Ramcyk brushed off her plea and continued with the hearing.

Quickly, Selene began missing critical pieces of testimony. She tried to follow the conversation between the judge and her landlord, but between the clerk’s typing, the echo of the microphone, and the courtroom vents, she couldn’t fully hear. She tried to read the judge’s lips, but he was too far for her to make out the words. And with her landlord situated next to her, reading her lips wasn’t an option.

Selene was in an impossible situation. She couldn’t adequately defend herself, but with each plea she made to the judge for an interpreter he became increasingly hostile, accusing her of lying about her inability to follow the proceedings.

In just the first five minutes of the hearing, Judge Ramcyk had made up his mind and would not be swayed. After calling her “an obstructionist,” he accused her of trying to “cause trouble,” and then swiftly entered a judgement against her and in favor of her landlord. 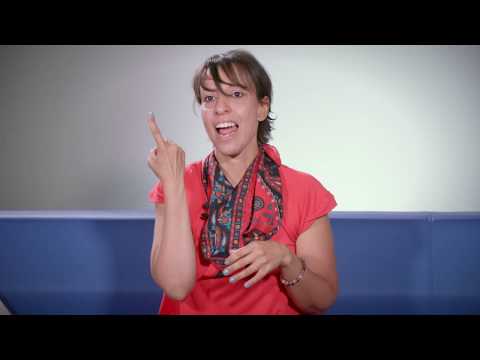 A Lifetime of Discrimination

Selene fought back tears as a familiar disappointment bubbled inside her.

She began losing her hearing from auditory nerve damage when she was three-years-old. As her hearing steadily declined in her teen years, and she discovered that she would eventually lose her hearing entirely, she learned to communicate through ASL. Doing so brought Selene comfort and reprieve, especially after she became completely deaf at age 25.

But learning ASL didn’t solve all of her struggles. While navigating the challenges of losing her hearing, learning a new language, and then adapting to new technology, she faced countless instances of discrimination and unnecessary barriers to the accommodations she requires.

When Judge Ramcyk slung his final barrage of insults her way, they conjured up painful memories that settled into a knot in her stomach.

“I have encountered discrimination throughout my life—in the school system, the workforce, and even just going grocery shopping, or running other simple errands,” Selene said. “It never gets easier.”

When Judge Ramcyk slung his final barrage of insults her way, they conjured up painful memories that settled into a knot in her stomach.

Despite the countless instances of discrimination she’s faced, Selene expected to walk in the courtroom that day and receive a fair hearing. She believed that a judge would behave differently, that he would do everything in his power to ensure she had the same access to justice as her landlord.

“I expected a judge to understand that a person who is asking for help has a reason for asking for that help,” Selene said. “I struggle everyday with hearing. I wear cochlear implants, but physically and biologically I am deaf. Why should I be punished for trying to defend myself?”

When Selene left the courtroom, she made up her mind to not let her sadness turn to despair and inaction. She decided to fight the injustice she faced to prevent other people from facing similar discrimination. 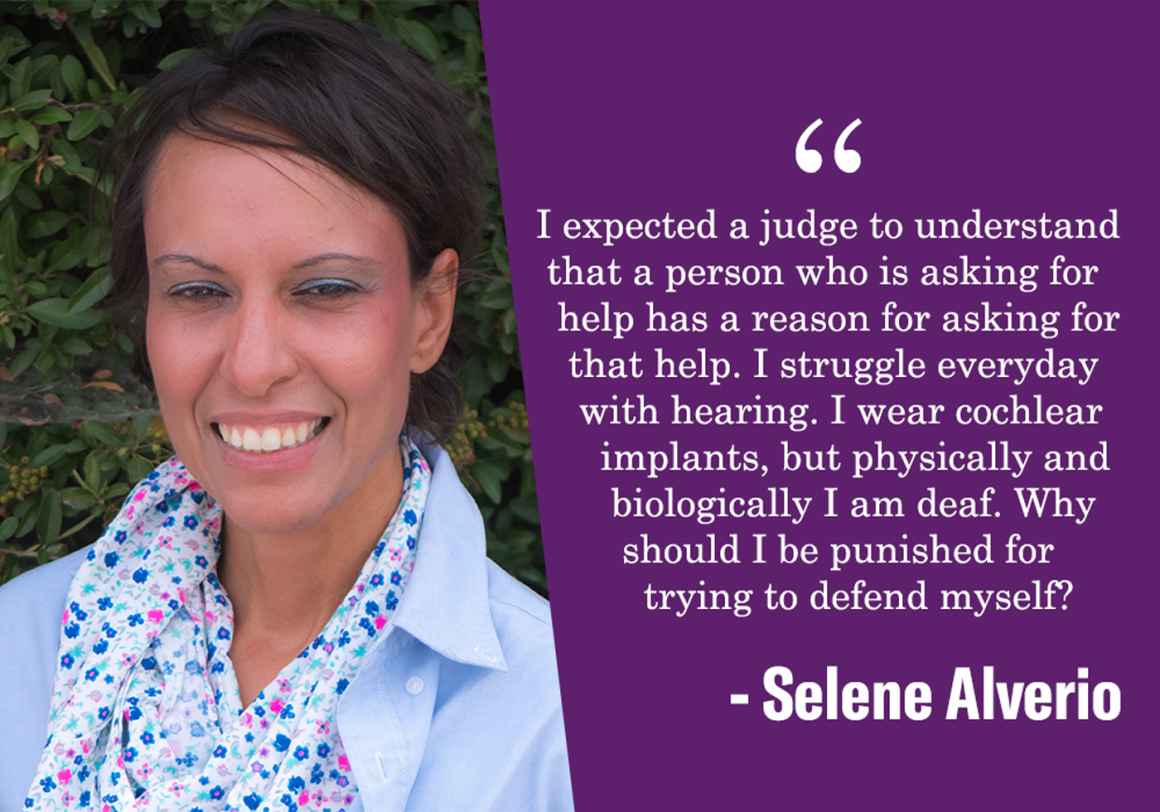 Selene contacted New Mexico Legal Aid and started the process of appealing Judge Ramcyk’s ruling. With Selene’s agreement, her lawyer, Riley Masse, reached out to the ACLU of New Mexico and told our legal team about the discrimination she faced.

“In eviction cases, landlords have most of the power because tenants risk potential loss of housing and do not have much room to bargain. Add disabilities into the mix, and tenants face huge obstacles in successfully defending against eviction,” said Masse. “This is why it is so important— and required by federal law—for courts to provide reasonable accommodations for disabilities, including providing interpreters when requested. When they fail to do so, people with disabilities are all the more likely to be evicted and suffer the host of emotional and financial consequences that come with loss of housing.”

We were outraged to learn that the judge so brazenly violated the Americans with Disabilities Act, which requires public entities, such as courts, to provide adequate accommodations to deaf people and people who are hard of hearing so that they have the same opportunity to participate in public services, activities, and programs as everyone else.

“At issue here is equal access to justice,” said María Martínez Sánchez, ACLU of New Mexico senior staff attorney. “How can anyone receive a fair hearing if they can’t understand what’s being said? Depriving someone of the right to understand their own hearing is not just illegal, it’s an affront to human dignity.”

On June 25, our legal team filed a complaint with the Civil Rights Division of the United States Department of Justice on Selene’s behalf, asking them to investigate the incident of discrimination and to require that Judge Ramczyk and Metropolitan Court staff undergo training regarding their obligations to provide accommodations for deaf individuals under the Americans with Disabilities Act.

We’re counting on the department to take the complaint seriously. No one should ever be told that they are being an “obstructionist” for trying to understand and be understood. Such blatant demonstrations of discrimination and hostility undermine the integrity of the bench and have no place in our courts.

Judge Ramcyk was too quick to judge, wrongly assuming that because Selene had cochlear implants that she must be lying about her need for an interpreter. He assumed that he knew better than her what her needs were and it cost Selene a fair hearing. The real obstruction was an obstruction of access to justice—a wrong that must be righted so that people like Selene don’t have to worry that they will be punished for demanding equal treatment.

ACLU of New Mexico is part of a network of affiliates