Marriage Is About Love, Commitment and Family—Not Discrimination 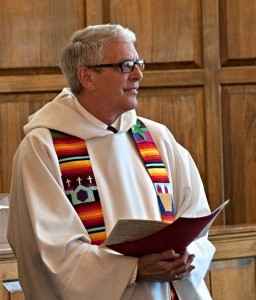 On Wednesday, September 26th, the Albuquerque Journal published an opinion piece by Doug Mainwaring, a cofounder of the National Capital Tea Party Patriots, supporting the petition effort to repeal the law passed in Maryland that gives gay and lesbian couples the freedom to marry. Mainwaring asserts that gay and lesbian people should accept the ‘separate but equal’ status of civil unions. Although he  is a gay man, I can assure you that Mainwaring’s  views do not represent the majority of same-sex couples here in New Mexico. He also does not represent the views of the majority of Americans who support fairness in marriage. Carving out a separate legal status for a group of people, solely because of who they love, is wrong for Maryland, wrong for New Mexico and wrong for America.

The fact is, most gay and lesbian people treasure marriage for the same reasons any person does. They want to establish and protect a family, make a lifetime commitment in the same way other couples are able to, and to have that special commitment recognized and respected by their government.

During my 39 years as an ordained minister, I officiated countless marriage ceremonies for parishioners, friends and family members. I believe that there is something intrinsically honorable and good about marriage. Two human beings making a lifelong commitment to love and care for one another, through good times and bad, in front of friends, family and community—it’s something special. For me, no other event can replace marriage on that level. Marriage says “we are family” in a way no other word does.

Family is something we know a lot about here in New Mexico. It’s important to us; it’s part of who we are. So let us not forget that every gay or lesbian person is a member of someone’s family—a son or a daughter, a brother or sister, a cousin, aunt or uncle. No member of anyone’s family, gay or straight, should have to face discrimination because of who they are or who they love.

Sadly, because discrimination still exists, I cannot marry the person I love. My partner and I have shared many wonderful years together and, like other gay and lesbian couples, we are already doing the hard work of marriage in our daily lives. We share hopes and dreams, care for our families, worry about making ends meet or the possibility of losing a job, plan for retirement and growing old together—all without the recognition, respect and protection that marriage provides.

My partner and I are already committed to one another in our hearts, but like I said, marriage is special. We want to get married and make that public, lifelong commitment here in New Mexico, our home.

It really just comes down to the Golden Rule: treat others as you would like to be treated. Most straight people wouldn’t like anyone telling them they couldn’t marry the person they love, and when they think about it, many say they wouldn’t want to deny it for anyone else. It is time to stop turning our backs on our gay and lesbian family and friends, and invite them to become full partners in the joys of marriage.