Supreme Court Ruling Is Not Carte Blanche for Strip Searches 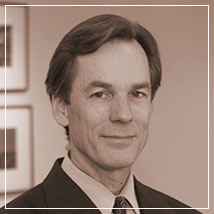 
Over the vigorous dissent of four justices, the U.S. Supreme Court ruled last week that the U.S. Constitution does not prohibit jails from routinely strip searching inmates, even if people are booked into facilities for minor offenses and officials have no reason to suspect they are carrying contraband. In other words, even people arrested for such nominal offenses as driving without a license or failing to use a turn signal could be forced to strip naked and let jail guards inspect their most intimate parts with no recourse under our Fourth Amendment protection against unwarranted searches. This ruling strikes another blow to Americans’ vanishing guarantees of privacy.
Far-reaching as this ruling may appear, jail officials in New Mexico should not rush to assume that the Court’s ruling grants them carte blanche to begin blanket strip searches of all detainees. The New Mexico Constitution also prohibits unwarranted searches, and our state courts have shown greater enthusiasm for safeguarding that right than what the Supreme Court evidenced in its recent ruling. For example, New Mexico courts have consistently rejected the federal precedent that motorists lower their expectation of privacy, and are more subject to search, when they enter an automobile.
The jail that implements blanket strip searches runs the risk of inviting state constitutional claims that might be entirely undiluted by the high court’s ruling.
What’s more, even in federal court, the Supreme Court’s ruling might not protect a strip search policy that does not result in a higher incidence of detection of contraband or otherwise increase jail security. As our federal court of appeals observed nearly twenty years ago, "There can be no doubt that a strip search is an invasion of personal rights of the first magnitude.” Chapman v. Nichols, 989 F.2d 393, 395 (10th Cir. 1993). Other courts have aptly described strip searches as “demeaning, dehumanizing, undignified, humiliating, terrifying, unpleasant, embarrassing, repulsive, signifying degradation and submission.” (Id.)
The ACLU would not hesitate to represent someone who was forced to strip before a jail guard when they were accused of only a minor offense and gave no reason to suspect that they were connected to drugs, weapons, or violence. Among those who are booked into jails every day are people who have committed no crimes whatsoever, but who are the victims of bureaucratic snafus. Indeed, the plaintiff in Florence v. Board of Chosen Freeholders, the recent U.S. Supreme Court case, is someone who was erroneously arrested in 2005 for failing to pay a traffic fine that he had already paid.
Other people are booked into jails on accusations of minor misdemeanor offenses that have no relationship to drugs, weapons or violence. They are mothers, spouses, grandparents, siblings. In short, they are all of us and all of our family members and friends who, at any moment, can find ourselves taken to a jail on minor or completely erroneous charges. There is no reason to suspect across-the-board that anyone arrested for such minor offenses is likely to be smuggling contraband into jail through their bodily orifices. In his dissent, U.S. Supreme Court Justice Stephen Breyer cited an Orange County, N.Y., correctional facility in which a study of strip searches detected one instance of contraband among 23,000 inmates searched.
Recent class action lawsuits throughout New Mexico have caused several jails to adhere to policies that restrict strip searches to circumstances in which jail officials have “reasonable suspicion” that a detainee may be harboring drugs, weapons or other contraband. Such policies strike a reasonable balance between the need to secure the facility and the need to protect the privacy and dignity of individuals who have not been convicted of any crime. They also agree with standards promulgated by the American Correctional Association, which rejects the need for suspicionless strip searches.
To cast aside the time-tested practice of using reasonable suspicion to guide strip searches on the basis of the Supreme Court’s recent ruling would be a grave error. We trust our government to use its powers judiciously, not to exploit them to their fullest extent just because it can. The ACLU guards against such gratuitous use of power, and we will as eagerly challenge it in the context of jail strip searches as we do in all other arenas of government authority.