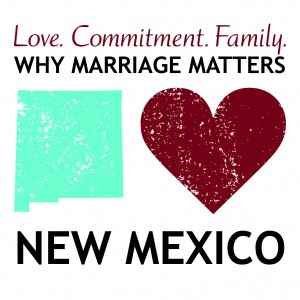 ALBUQUERQUE, NM—Today, the American Civil Liberties Union (ACLU) of New Mexico and Equality New Mexico (EQNM) released a statement of support for marriage for same-sex couples signed by 94 interfaith religious leaders in New Mexico. The statement is part of the ACLU of New Mexico and EQNM’s joint public education campaign Why Marriage Matters New Mexico (formerly All Families Matter New Mexico.) The signatories include both active and retired faith leaders from around the state, representing a variety of denominations and faith traditions.
“By standing in support of the freedom to marry for all committed couples in New Mexico, I believe that I am in no way taking a bold or unusual stance,” said Robert Woodruff, a Presbyterian minister from Albuquerque. “I am simply standing in the light of my faith perspective of inclusion, and the fundamental call to love one’s neighbor as oneself. Though I do not speak for all of the faithful in the denomination or congregation I serve, I do speak with a great multitude. I speak in one voice with the nearly one-hundred other religious leaders in New Mexico, from varying faith traditions and denominations, who have joined together to affirm the moral and faith tenets of respecting and honoring all marriages formed by loving, committed couples.”
The text of the statement of support reads:

We, the undersigned clergy and religious leaders from across New Mexico, draw upon our moral convictions and our personal faith to support the freedom to marry in our state.
We are leaders of various faith communities, who have lived and ministered closely with thousands of families through all of life’s glory, tragedy, and tedium. Some of these families are headed by same-sex couples. They, like many of us, enjoy the holidays with aunts and cousins, struggle to meet the mortgage, and fret over children who aren't doing well in school.
These families are our neighbors, our co-workers, our friends and our peers. As people of faith and as New Mexicans, we believe in loving our neighbors, and treating one another as we would like to be treated—with dignity and respect. This means recognizing the love and commitment of lesbian and gay couples through marriage.
Entering into a committed, loving relationship is one of life’s most sacred and holy gifts. Marriage means responsibility and hard work, but it also brings life-changing protections for a family. Those of us who are married often take for granted the fact that we will not be questioned when we go to the hospital to visit our spouse; that no one can step between a mother and her children; that if death comes suddenly and we are unprepared, our spouse or children will not be denied inheritance in those mournful hours. Most heterosexual couples wouldn’t want to be denied these joys and protections that come with marriage, and when they think about it, they wouldn’t want to deny that to anyone else, either.
We recognize that there are a diversity of views in the faith community, and respect the right of religious groups to refuse to officiate or bless marriages for lesbian or gay couples. Indeed, not everyone in our congregations or denominations agrees with this viewpoint. By the same token, we support civil marriage fairness as an issue of religious freedom, for a denial of civil recognition dishonors the religious convictions of those communities and clergy who do officiate, and bless, marriages for same-sex couples.
Our religious principles are grounded in a love and acceptance of all people, and we believe deeply that means embracing marriage between same-sex couples.
New Mexico has a long history of valuing and protecting the humanity and dignity of every person. It is time to extend this tradition to families that include same-sex couples.

A full list of all the signatories may be read here. Selected faith leaders are available for interviews by the media.

If you are a faith leader in New Mexico and would like to add your name to the growing list of supporters, please contact Field Organizer Amanda Johnson at ajohnson@aclu-nm.orgor call (505) 266-5915 x1013.