We first heard rumblings that a sinister and discriminatory resolution banning trans youth from playing sports would be considered by the Alamogordo Public School Board during the Spring. In response to a growing wave of anti-trans legislation across the country, the school board had planned to take up the resolution, which was written by a lawmaker who failed to pass a similar law during this past legislative session. Initial press critical of the resolution seemed to stall progress on it, but in June the Alamogordo Public School Board put the resolution on their calendar for consideration.

We know all too well that discriminatory policies like this only harm trans kids and their families by creating an environment that is hostile to their very existence. So, we sprang into action. Ahead of their next meeting, The ACLU of New Mexico sent a demand letter to the school board advising that the proposed policy would violate both state and federal law.

"We know all too well that discriminatory policies like this only harm trans kids and their families by creating an environment that is hostile to their very existence."

The United States Supreme Court held in 2020, in R.G. & G.R. Harris Funeral Homes, Inc., v. Equal Employment Opportunity Commission that discriminating against someone on the basis of their gender identity runs afoul of the provisions of Title VII of the Civil Rights Act. The federal government, as of March 2021, determined the reasoning of this opinion logically applies to other provisions of the Civil Rights Act, like Title IX, which applies to schools. Similarly, the New Mexico Human Rights Act (NMHRA) explicitly states that gender identity and sex are protected from discrimination in matters of employment, housing, credit, union membership, and at public accommodations, such as extracurricular activities.

“Trans children already face extreme hardships that stem from coordinated attacks on their very existence and the continued discrimination they face at almost every turn.” said Ellie Rushforth, ACLU of New Mexico attorney. “Instead of attacking trans children’s existence, the Board should have been focused on creating a safe, welcoming, and affirming environment for all of its students.”

The real-world consequences of anti-trans policies are all too real for local Albuquerque resident, Jill Eaton Potts, and her family. Jill has four kids, two sons and two daughters. 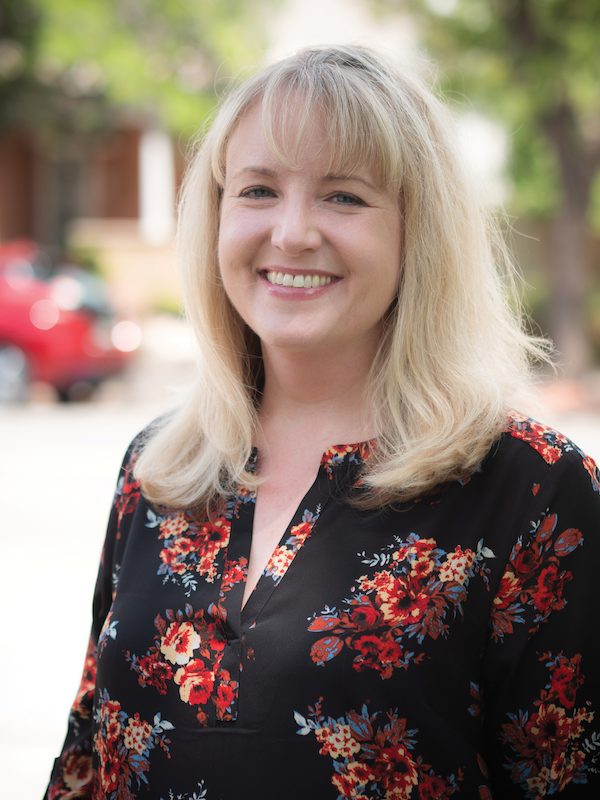 “The older three siblings kind of gravitated to more stereotypical gender roles,” said Potts. “Our youngest didn’t and we were okay with that.”

By the time Millie reached the age of six, she was still insistent on her gender identity. Jill took action, allowing Millie to live her life authentically. On their first trip out as a family with Millie as her true self, she twirled happily through Target as her family shopped for new clothes.

“I took a little video of her twirling through Target and I sent it to my ex-husband saying, ‘I’m pretty sure we have a little girl on our hands,’” Potts said. “I asked him, ‘are you going to be okay’? And he replied, ‘absolutely.’”

When Millie turned seven, a neighborhood Facebook page posted about a track club seeking new runners. Jill asked Millie if she wanted to join the club that her older siblings had also participated in and Millie said “yes.” Jill called the organizer to explain the situation.

“She’s seven but she is transgender,” Jill said. “So the birth certificate is going to show male, but she needs to be with the girls team.”

The organizer promised that she would talk to the head coach and that the coach would call Jill. That call never came. What did come was a surprise.

The organizer finally got back to Jill with conditions for Millie to participate in the running club. She told Jill that she would have to prove that Millie had been living and identifying as a girl for three years and that Millie was going to have to undergo testosterone blood checks every six weeks at Jill’s expense.

"These kids are not going away. It's more safe for them to be who they are."

Jill felt terrible and had to tell Millie that the track club wasn’t going to work out and that they would have to look for something else. So far, they haven’t found another sports club that would allow Millie to run.

“These kids are not going away,” Potts said. “It’s more safe for them to be who they are. I bet you they may have had some trans kids on the team who have already changed their birth certificate and they would have never known.”

Gender policing is discriminatory and  harmful

Though anti-trans lawmakers continually cite concerns about competitiveness as the reasoning behind bills that ban trans kids from playing sports, modern science does not support their arguments. These bills are not really about sports or about protecting female athletes, just like anti-trans restroom bills were never about restrooms. These bills are aimed at erasing and excluding trans people from participation in all aspects of public life.

Not only are attempts to ban trans women from sports discriminatory and harmful for trans athletes -- they also pose harm to cisgender athletes, particularly cisgender women.

The National Collegiate Athletic Association (NCAA) and the International Olympic Committee (IOC), which regulate hundreds of events every year to ensure competition fairness and equity, recognize that transgender athletes on horomone therapy have no competitive advantage or other athletes, and allow trans athletes to participate in competitions.

Not only are attempts to ban trans women from sports discriminatory and harmful for trans athletes -- they also pose harm to cisgender athletes, particularly cisgender women. Take Caster Semenya, for example.  In 2019, Semenya, a cisgender Olympic track champion from South African, was ordered by the Court of Arbitration for Sports to take drugs to suppress her natural testosterone levels to compete in certain races because her testosterone levels were considered too high. There is currently no such test or standard for cis-men in sports.

Harmful attacks mount across the country

Attacks against transgender people with the intent of shutting trans people out of public life are not new, but the pace of attacks has accelerated. This year, there have been more anti-trans bills filed and passed than in the last 10 years combined. These statewide efforts have been supported through a coordinated campaign led by anti-LGBTQ groups that have long worked to attack our communities.

New Mexico’s neighbors have been especially aggressive in pursuing bills prohibiting transgender girls from playing school sports. Texas, Oklahoma, Arizona, Colorado and Utah all filed bills this year aimed at preventing trans kids from playing sports. Transgender activists and allies have managed to defeat each bill, but the fight is not over. After failing to push these bills over the finish line this past year, transphobic lawmakers in each state could take up the issue once again next year.

Attacks against transgender people with the intent of shutting trans people out of public life are not new, but the pace of attacks has accelerated.

In the 2020 New Mexico legislative session, lawmakers filed two bills intended to discriminate against transgender people. One bill attempted to ban trans girls from school sports and another bill aimed to make it legal to use religion as an excuse to discriminate against LGBTQ+ people in healthcare. Together with allied organizations like Equality New Mexico and the Transgender Resource Center of New Mexico, we defeated both bills. Nevertheless, they underscored the importance of staying vigilant and ready to defeat transphobic laws here at home.

After receiving our demand letter, the Alamogordo Public School Board quickly pulled the resolution seeking to ban trans girls from sports from their calendar. While they offered no comments as to why the resolution was pulled, it was a sigh of relief for trans people across the state.

"When civic leaders and elected representatives are debating about your inclusion, in some cases about the validity of your very existence, that really erodes your confidence and self-worth."

“I think we have clear indications about what this type of legislation does to the mental health, stability and sense of belonging of trans and non-binary young people,” said Adrien Lawyer, Co-Founder and Executive Director of the Transgender Resource Center of New Mexico (TGRCNM). “When civic leaders and elected representatives are debating about your inclusion, in some cases about the validity of your very existence, that really erodes your confidence and self-worth. It’s not even about sports inclusion, per-se, although we also have great data on the benefits of sports participation for youth who are interested. It’s really more about core acceptance and inclusion in the communities we live in.”

Legal and legislative action are important arenas for protecting trans rights. But it will also take public education and committed allyship to root out the harmful myths underlying anti-trans policies.

We’ll keep fighting to ensure that families like Jill Eaton Potts’ don’t have to worry about signing their kids up for a running club.

“Education is power, power is education. So whatever we can do to help educate people, and make it graceful and kind and not get mad at people who don’t understand trans issues,” said Potts, “My dream is that Millie can be whoever she wants to be, just like any parent of any kid. There’s a lot of families that are like mine, and families who are going through this, there’s so much support. You’re not alone.”