Originally published in the Summer 2017 issue of The Torch

What good are reproductive rights if you can’t exercise them? What does it matter if abortion is safe and legal if the nearest abortion provider is hundreds of miles away? What does your right to birth control count for if you can’t afford the doctor’s visit for the prescription? What if you have a prescription for reproductive health medications, but your pharmacist—for personal reasons of their own—refuses to fill it?

The shameful truth in America is that your access to reproductive healthcare has a lot more to do with where you live and your income than anything else. We believe that people’s rights shouldn’t be contingent on zip codes, tax-brackets, or the personal religious beliefs of others. That’s why the ACLU isn’t just fighting to ensure that reproductive rights exist on paper; we’re fighting to ensure we can actually use them as well.

Here in New Mexico, the ACLU has made several important strides in recent months towards guaranteeing meaningful access to reproductive healthcare in our communities. Behind the scenes for over a year now, we’ve been working with community partners, pharmacists, and the medical community to change the rules in our state so that pharmacists now have prescriptive authority for certain types of contraception. That means that any pharmacist who undergoes the proper training and certification can directly prescribe birth control to anyone who needs it, no separate doctor’s visit necessary.

Allowing pharmacists to prescribe contraception is a game changer for New Mexico. Our state is huge and many of our communities are very remote. That combined with ongoing shortages of primary health care providers, especially in rural areas, along with high rates of poverty mean that many New Mexicans struggle to access prescriptions as basic as birth control. If you don’t have health insurance to cover a doctor’s visit or can’t take time off from work to make an appointment, the barriers to accessing birth control and other preventive care can be nearly insurmountable.

New Mexico is only the fourth state in the country to give pharmacists the ability to prescribe birth control, after Oregon, California, and Colorado. The American College of Obstetrics and Gynecology has long recommended that oral contraceptives be available over the counter, and the practice has gained widespread acceptance in the medical community. With advocacy from the ACLU of New Mexico, Young Women United, and the New Mexico Pharmacists Association, the pharmacy, nursing, and medical boards in New Mexico approved the new rules governing prescriptive authority in New Mexico in June.

“Allowing trained pharmacists to prescribe and fill contraception is a huge win for our rural communities, which are most profoundly impacted by our state’s healthcare and provider shortages,” said Denicia Cadena, Policy Director at Young Women United. “This policy change will significantly impact the lives of real people currently navigating barriers to the care they need, including transportation and cost. As someone raised in rural New Mexico, I am proud to have worked alongside our partners making needed healthcare more accessible to families like mine.”

Dale Tinker, the executive director of the New Mexico Pharmacists Association, told the Santa Fe New Mexican that they would begin offering the training that will allow the state’s pharmacists to become certified, and that they expect the College of Pharmacy at the University of New Mexico to include the training for new pharmacists moving forward. 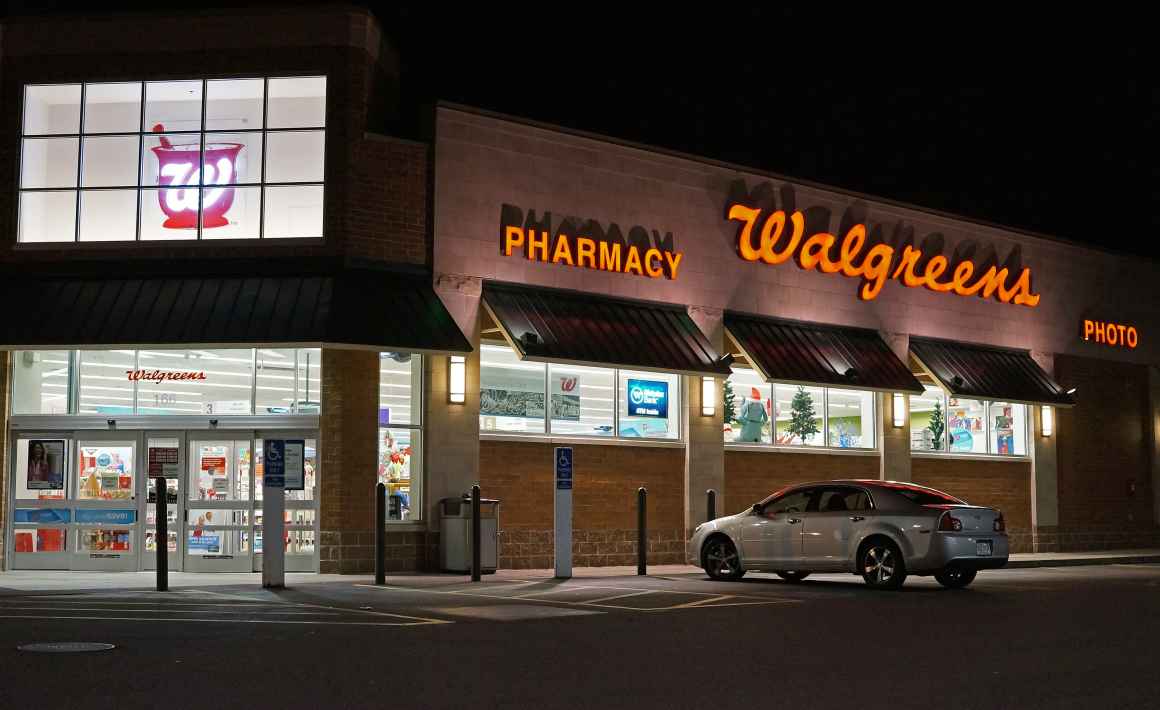 Coincidentally, the other major move the ACLU of New Mexico made this summer to protect access to reproductive healthcare was also pharmacy related. You may recall that back in 2012, the ACLU of New Mexico represented a woman named Susanne Koestner who was denied birth control at a Walgreen’s Pharmacy in Albuquerque. The pharmacist on duty at the time refused to fill her prescription explaining that “it’s against my religious beliefs.”

“I needed my medication immediately and couldn’t wait until the next day,” Koestner said. “I was forced to drive to a different part of town to get my prescription filled. Walgreens put the burden on me to find a pharmacist that had no personal objections to the medication my doctor prescribed me.” 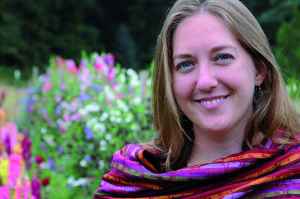 Koestner contacted the ACLU of New Mexico, and our attorneys threatened to file a complaint against Walgreens unless it provided assurances that it would take steps to ensure that women received the appropriate care regardless of the individual beliefs of its employees. Walgreens eventually responded by providing assurances that it had developed policies and procedures to ensure that accommodations of individual employees’ personal religious beliefs would not impose any burdens on the customer or come at the cost of women’s healthcare.

They did not deliver.

Late last year, Jane* walked into her local Walgreens pharmacy with three prescriptions to fill for her teenage daughter in preparation for an IUD insertion the following day. The pharmacist on duty filled the first two prescriptions, but told Jane she would have to get the third medication, misoprostol, at another location. When Jane asked for an explanation, the pharmacist on duty told her that, despite having the medication currently in stock, he refused to fill the prescription because of his “personal beliefs.”

Angry and embarrassed, Jane asked to speak to a manager and confronted the pharmacist about the denial of service. As Jane explained to the Albuquerque Journal earlier this year:

“I told him he was discriminating against me. That he should be ashamed for judging us, that he didn’t know my daughter’s medical history or her complications or conversation with her doctor. That he didn’t know what the medication was for. And he just looks at me and says, ‘Oh, I have a pretty good idea.’”

Misoprostol is prescribed for a variety of uses and conditions. It can be used to soften a woman’s cervix in preparation for IUD insertion, it can be used by both men and women to decrease bleeding in stomach ulcers, and when used in combination with mifepristone, it can be used to end a pregnancy. The pharmacist saw the name of the drug and, because the patient was a woman, made an automatic (and erroneous) judgement about what it was for and refused to fill it.

Unfortunately, Walgreens’ policy under these circumstances is to turn women away and send them to a different pharmacy location. This is unacceptable, no matter how conveniently located the alternate pharmacy may be. Many women lack transportation, store hours may vary and pose barriers, and some communities lack nearby alternatives altogether. More importantly, women like Jane are forced to experience the real and lasting emotional impact of being denied a service and turned away because of their sex and related health needs.

Jane took her complaint to the Southwest Women’s Law Center, who partnered with the ACLU of New Mexico to write another letter to Walgreen’s demanding they address this persistent discrimination. After Walgreen’s representatives failed to provide adequate assurances that they intended to address this problem, the ACLU of New Mexico filed official complaints with the New Mexico Human Rights Commission alleging that the denial of service related to women’s reproductive health is sex-based discrimination.

“Women should be able to walk into any pharmacy that serves the public with full confidence that they will receive the care and medicine they need without being disrespected and discriminated against,” explained ACLU attorney Erin Armstrong.

“Birth control and other medications related to reproductive health are a vital part of healthcare for women. Walgreens can work to accommodate the personal beliefs of its employees, but they must not do so by permitting discriminatory denials of care that burden their patients and customers.”

There’s an old saying about freedom that goes, “My right to swing my fist ends where your nose begins.” Everyone is entitled to their own personal religious beliefs; no idea is more fundamentally American than that. But employees’ beliefs do not permit businesses to discriminate against or harm others. Open for business means open to everyone.

Your Rights in the Real World

While the ACLU is best known for defending the lofty principles enshrined in the Constitution, we are equally dedicated to ensuring that those principles actually mean something where the rubber meets the road. Nowhere is this more important than in the realm of reproductive rights. Roe v. Wade established that women have a constitutional right to abortion more than 40 years ago, but anti-abortion activists have been erecting barrier after barrier to accessing that right ever since. In some states, those barriers make accessing abortion nearly impossible for a majority of women.

New Mexico is fortunate in that we have successfully blocked these types of abortion restrictions from becoming law in our state, but that doesn’t mean there aren’t a host of other barriers preventing women from fully accessing basic reproductive healthcare. It’s not enough for reproductive healthcare to be legal, it has to be available, accessible, and affordable as well. By opening up prescriptive authority in New Mexico pharmacies and ensuring those pharmacies are not allowed to discriminate, the ACLU of New Mexico and its partners made huge strides this summer in the struggle to ensure that our rights are fully realized out in the real world.

Abortion bans are an act of violence

"You can't say you love God and hate your neighbor"

A Pharmacist's Personal Views Shouldn't Stand in Between You and...

Rachael's Life Hung in the Balance Because of Someone Else's...