The COVID-19 pandemic has devastated countless lives in New Mexico, causing more than 5,000 deaths and forcing some people to choose between losing their jobs or risking infection at work.

But for two for-profit immigrant detention companies operating in New Mexico — Management & Training Corporation (MTC) and CoreCivic — the pandemic has been a financial boon. Despite a failed government inspection, documented standards violations, reports of abuse and mistreatment, and devastating COVID-19 outbreaks, the pandemic has been a lucrative time for the two private companies.

How they’ve managed that provides a glimpse into the economics of profiting from human misery in New Mexico and helps explain how immigrant detention facilities have managed to fend off mounting efforts to end private detention in the state.

“It all points toward deeply inhumane, unreformable conditions,” she said.

Growing up in Chaparral, in Otero County, Uriel Rosales didn’t know much about the ICE detention center just a few minutes up Highway 54. That facility, called the Otero County Processing Center, or OCPC, is run by Utah-based MTC.

It wasn’t until after college that Rosales started learning about private prisons, understanding the harm that can be caused by for-profit immigrant detention centers around the country.

“That’s when one opens their eyes and says there’s a problem here,” he said. “It’s the same thing that’s happening in Chaparral.”

The Otero detention center, along with the Torrance County Detention Facility, or TCDF, operated by Tennessee-based CoreCivic are currently the busiest ICE detention centers in New Mexico.

The list of violations include findings of inadequate food service staffing, lack of a safety plan, suspension of religious services, and more.

In 2017, a Department of Homeland Security Office of Inspector General report found moldy bathrooms and broken telephones at the Otero facility, as well as frequent, unjustified uses of solitary confinement. And a study published this year by nonprofits Advocate Visitors with Immigrants in Detention (AVID) and Innovation Law Lab found two-thirds of detainees at Otero who spoke to legal advocates had problems with the facility, chief among them a lack of access to medical care.

Even ICE has identified violations of national standards at Otero, outlining multiple issues in a June 2021 letter of concern to the county and MTC. The list of violations, uncovered by the ACLU of New Mexico through a records request, include findings of inadequate food service staffing, lack of a safety plan, suspension of religious services, and more.

The Torrance detention center in Estancia, southeast of Albuquerque, has a history that includes a massive COVID-19 outbreak among detainees and staff and reports of guards using harsh chemical agents in response to a peaceful hunger strike protesting conditions at the facility. The ACLU of New Mexico, alongside the New Mexico Immigrant Law Center, filed a lawsuit against the county and company on behalf of nine of the protesters.

Earlier this year, the ACLU of New Mexico reported that the facility failed a notoriously lax annual inspection. Oversight of ICE detention is set up in a way that allows abusive conditions to continue, said Jesse Franzblau, a senior policy analyst with the National Immigrant Justice Center.

“If a facility fails its inspection two times in a row they’re forced to end that contract, but that hasn’t happened once,” Franzblau said. “Their inspections are announced, they tell them before they’re coming. Now a lot of them are virtual, so now there’s less ability for any accountability.”

Inspectors still found multiple issues at Torrance, including violations of visitation rights, lack of proper tracking of medical and other grievances, and issues with food safety and sanitation. 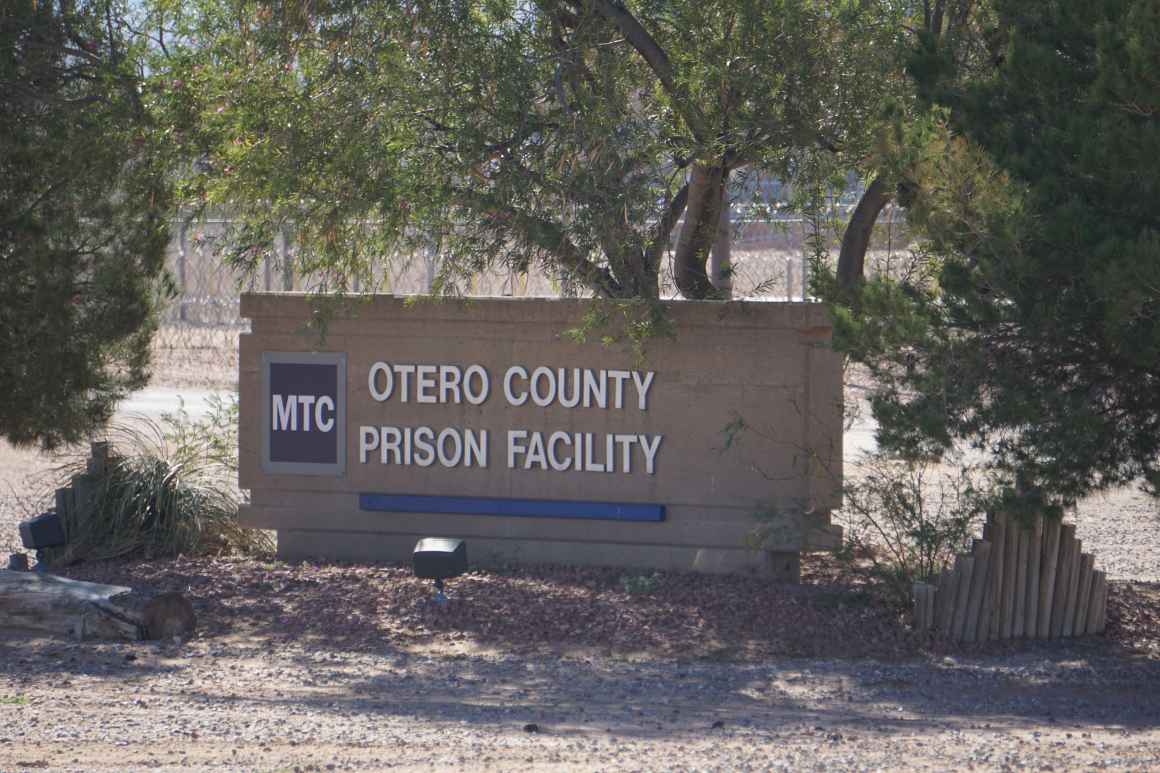 Despite documented abuses and mismanagement, MTC and CoreCivic’s finances were bolstered during the pandemic.

The Torrance facility, which had previously closed in late 2017, has been a revenue generator for CoreCivic since reopening in 2019 with a contract from ICE. The federal agency has paid CoreCivic for 714 beds per day, no matter how many people are actually detained. That arrangement has ultimately guaranteed the company nearly $2 million a month.

In its annual report, CoreCivic— formerly known as Corrections Corporation of America — said reopening Torrance boosted the company’s revenue by $18.6 million in 2020 compared to the previous year.

"Despite documented abuses and mismanagement, MTC and CoreCivic’s finances were bolstered during the pandemic."

At Otero, MTC secured a lucrative temporary deal with ICE after threatening to end its previous contract over a lack of detainees. ICE agreed to pay the company for 500 beds per day regardless of how many people are detained, costing taxpayers $1.9 million a month.

Otero County Manager Pamela Heltner did not respond to a request for comment. But during a special meeting in November where county commissioners approved extending that temporary deal through January 2022, Heltner said the county and company were negotiating a long-term contract with ICE.

“(ICE is) going to give us a guaranteed bed rate so that whether they fill those beds or not we still get paid,” Heltner told the commissioners.

As private ICE detention centers proliferate, they’re often heralded by company executives and supporters as a positive development and source of jobs for surrounding communities.

But experts have questioned the number and quality of those jobs. The Torrance detention center was employing only half the intended detention staff during its inspection and was instead relying on mandatory overtime. The letter of concern to Otero identified shortages of detention officers and other “key personnel.”

“Over and over we’ve seen that despite the promise of cost savings and job creation, private facilities have not been able to achieve either,” said Wanda Bertram, spokesperson for the Prison Policy Initiative.

Despite that, for-profit detention is a major ICE tool. A report by the Prison Policy Initiative last year found that about two-thirds of people detained by ICE are being held at privately-run facilities.

“(Private prison companies have) shifted over to bank on immigrant detention over the years and have dramatically profited from it in really egregious ways, and have also incentivized more detention through their lobbying efforts,” Franzblau, with the National Immigrant Justice Center, said. “When you get new contracts and new detention space there’s an incentive to fill those spaces.”

Franzblau, whose non-profit recently published a report on closing private detention facilities, said in most cases ending the contracts is well within ICE’s power.

“All of these contracts that ICE has, they have the complete authority to terminate them really at any time,” he said. “They literally send a memo saying ‘We’re out’ — usually it’s about 60 days that they have to end it.”

Local governments, he said, often also have the power to end agreements with ICE or the for-profit companies operating the facilities.

"Over and over we’ve seen that despite the promise of cost savings and job creation, private facilities have not been able to achieve either."

Rosales, who is also a field organizer with the immigrant rights advocacy group New Mexico Dream Team, said he’d like to see the Otero detention center closed and the land used for something that would benefit Chaparral residents, as most of the employees at the detention center don’t live in the community. Instead of immigrant detention, it could be a manufacturing plant, he said, or an athletic center where residents could play sports and hang out.

Kristin Greer Love, a Central New Mexico Community College teacher and policy attorney, said that although these facilities are holding people in civil detention for administrative purposes, they operate like criminal prisons.

"It’s up to all of us to create enough outrage and pressure to drive down detention."

“This is a prison and it’s designed to punish and discipline and that’s the system we’ve set up in the U.S., we’re going to harm people and keep them in a cage if they try to seek asylum,” said Greer Love, who previously worked for the ACLU of New Mexico. “The key point is none of this is inevitable, this is by design and to me, it’s really not clear at all what this is accomplishing.”

Sheff, with the ACLU of New Mexico, echoed that point, saying that people could stay with friends and family or other support networks during immigration proceedings instead. Those programs have been shown to be very successful because people have better access to resources like attorneys and counseling.

“It’s up to all of us to create enough outrage and pressure to drive down detention,” Sheff said, “and work towards a world where people are no longer being detained civilly.”