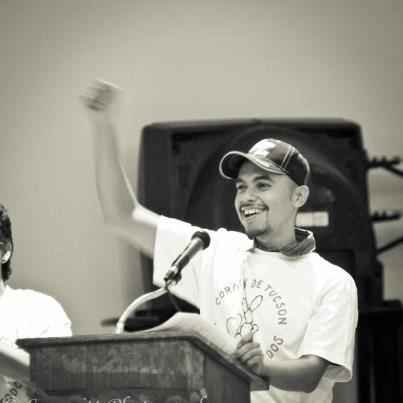 Osmani R. Alcaraz-Ochoa was born in Jalisco, Mexico, and grew up in Richmond, California. He has organized around educational justice, youth power, LGBTQIA justice, mass incarceration and migrant rights issues. After graduating from the Ethnic Studies Department at San Francisco State University in 2006, Osmani moved to Tucson, Arizona, where they worked as an organizer with immigrant families, day labor workers and LGBTQIA asylum-seekers in detention.

Most recently, he coordinated a successful campaign to end local collaboration between the Harris County Sherriff’s Department and ICE and led deportation defense campaigns to get people released from immigration prisons. He currently resides in Albuquerque, NM  organizing to build power among people directly targeted by mass incarceration and the police state and working towards 'a world where many worlds fit.'