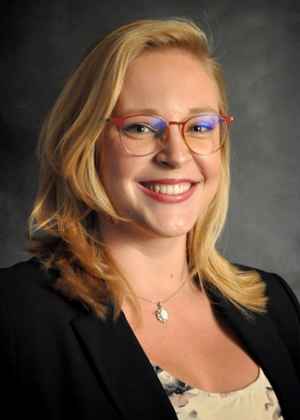 Emily Nitschke was born in Melbourne, Australia. After living in Western Samoa for three years as a child, she moved to Santa Fe, New Mexico at the age of 9. She attended the University of New Mexico as an undergraduate, double majoring in Political Science and International Studies with a focus on Conflict, Peace, and Diplomacy. After college, Emily worked with Albuquerque’s refugee community.

She is currently in her final year at the University of New Mexico School of Law. In law school, Emily has served as the Secretary and Board Member-at-large of the ACLU Student Chapter, where she has organized several events around civil liberties and reproductive justice. In law school, Emily has also served as a Marshall-Brennan Constitutional Literacy Fellow, where she spent a semester teaching high school students constitutional law. In her free time, Emily enjoys yoga, cooking dinner with her boyfriend, and playing with her puppy, Molly.