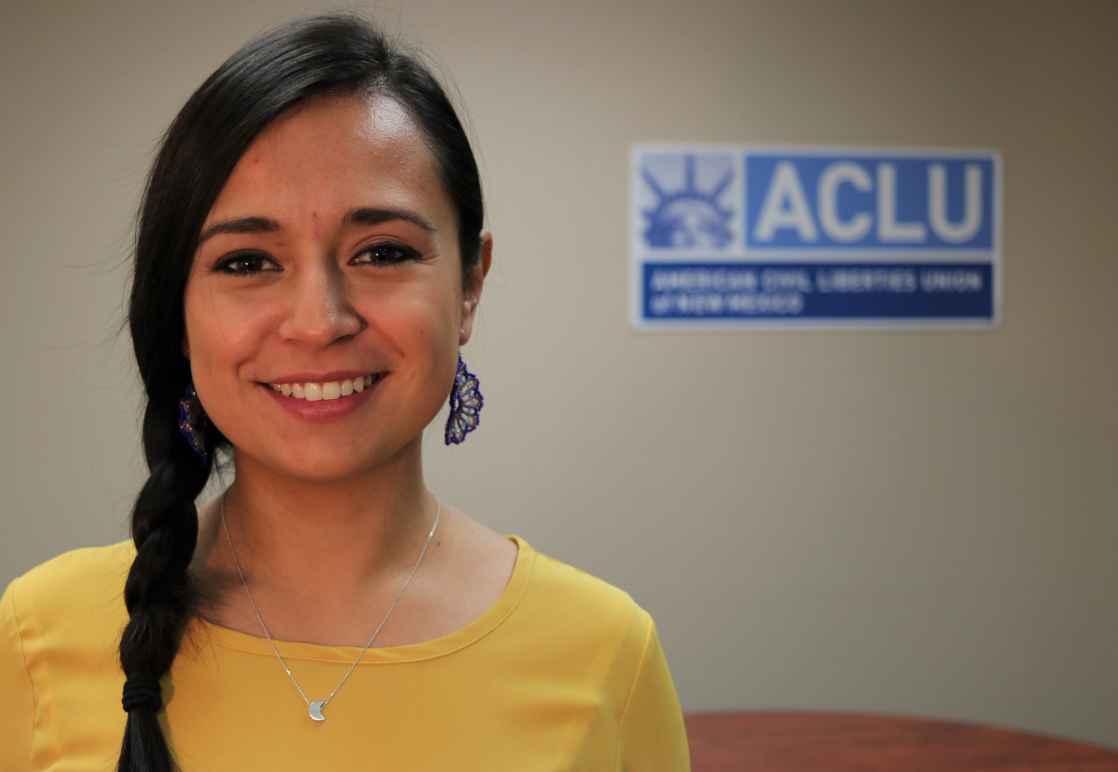 Cynthia Pompa joined the ACLU-NM Regional Center for Border Rights on July 2014 as the Field Organizer. She is a native to the border region who grew up in Cd. Juarez, Chih. and El Paso, TX. After graduating from St. Mary’s University in San Antonio, TX with degrees in Economics and International Relations, Cynthia served as a Public Ally (AmeriCorps) at a local non-profit in San Antonio working as Community Advocate, connecting Hispanic immigrants with local and federal assistance. Afterwards, she spent a year in northern Peru as an Augustinian Volunteer working as Health Outreach Coordinator for the Diocese of Chulucanas, coordinating medical missions from The U.S. and workshops in the Andes, and as a Computer Science teacher for students seeking a technical degree. After being away from the border region for more than six years, Cynthia came back and became a Program Coordinator for Border Servant Corps, managing long-term volunteers in El Paso, TX. During her four years of college, Cynthia was a passionate volunteer for Amnesty International USA leading local and on-campus campaigns against the death penalty in Texas.  During that time, she enriched her studies by studying abroad at Semester at Sea, circumnavigating the southern hemisphere by visiting 10 different countries, focusing on development and income disparities.